Strong Grip of the Law 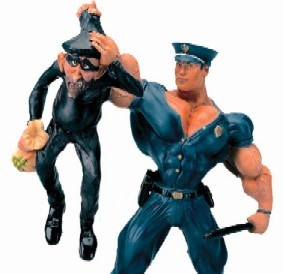 Strong Grip of the Law

The Strong Grip Of The Law

Years ago, when I was a young rookie cop, I made a lot of arrests. One night I decided it was time to lock up this bad guy, so I moved in and grabbed his wrist. Immediately he began backing up and struggling. He pulled and shook his arm violently in an effort to break free. Eventually I lost my grip and I found myself in a foot chase. He was a young wiry guy in sneakers and he was fast enough to lose me in the darkness behind a building.

I’ll never forget that feeling of defeat. I had lost a struggle and a foot chase in the same incident. Someone had beaten me at my own game. This guy should have been under arrest but now he’s parts unknown. I’ll have to track him down and attempt to arrest him again. This was the first time I actually had hold of someone and they had got away from me. Had I been able to maintain my grip on his wrist he would have been in his rightful place: behind bars, and I would have not felt the agony of defeat. I was determined that would not happen to me again.

I have long been a proponent of grip strength in law enforcement and I have always preached that grip strength is the most functional strength you can build. Your grip is almost always involved in any real world strength event. 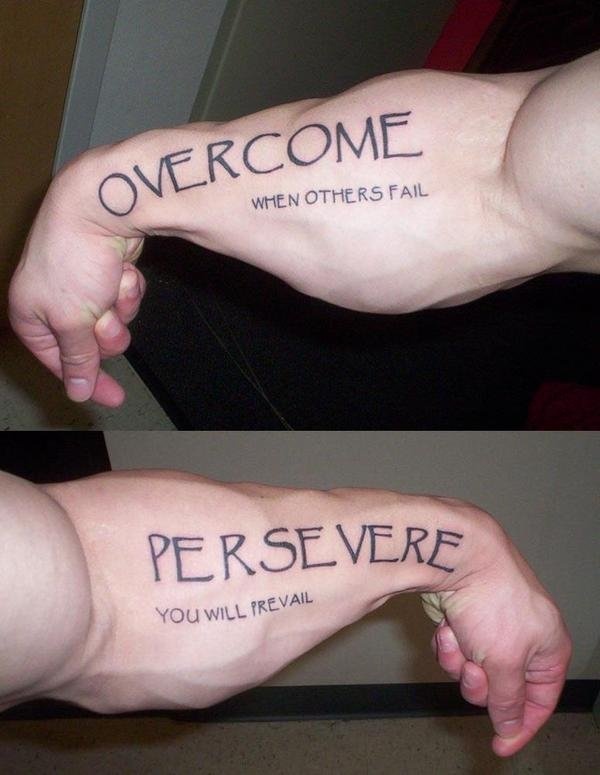 This article covers how grip strength is involved in many different aspects of law enforcement.

A super strong grip is not a necessity if you’re target shooting purely for accuracy. But, if you’re tactical training or in a real world shooting situation, your grip makes a huge difference. The ability to strongly grip a firearm, especially with your support hand, will decrease the recoil and keep the firearm on target. A weak grip causes the gun to jump and will require a new sight picture after each round. As your grip fatigues, the recoil may require you to re-seat the weapon in your hand or the gun may not even cycle properly and cause the firearm to malfunction.

Aside from actually shooting and putting rounds on target, grip strength may play an even more important role when handling a firearm. If your firearm malfunctions in the middle of a gun fight, you will rely on the pinching power (thumb and index finger) of your support hand to pull that slide back and clear the jam. You may also need to rip a jammed magazine from the gun. Think about how difficult this would be if your hands were slippery from rain, sweat or blood. Now consider how bad your day would be if you were injured and lost the use of one of your hands or even lost a finger or two. As police officers, we practice one arm firing drills for good reasons. History has shown us that a person involved in a gun fight will naturally zero in on the opponents firearm. This means the rounds are targeting the handgun and that’s precisely where both hands are located. How important would the strength of your hands be under the worst of circumstances?

When I think of the importance of grip strength in law enforcement, the single most important thing that comes to mind is retaining possession of your firearm. There’s an old expression in police work: “there’s a least one gun at every call you go to, it’s yours.” Because of this fact, handgun retention is taught at every police academy and should be practiced at all in-service training. I can’t think of a worst scenario than an officer being disarmed and having their own firearm used against them or another officer. Even if the officer survives the incident, the psychological impact would be devastating. 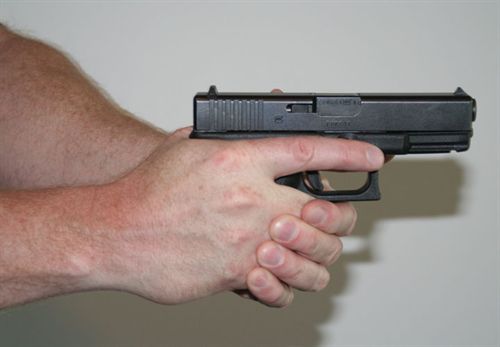 Build a Strong Grip on Your Handgun

We all learn self defense in the academy. Soon we discover those techniques don’t work as well as they did in a controlled environment. My advice to new officers who find themselves in a violent struggle has always been the same: If all else fails, grab a wrist and don’t let go. If you can control the hands you’ve got ninety percent of the battle won. 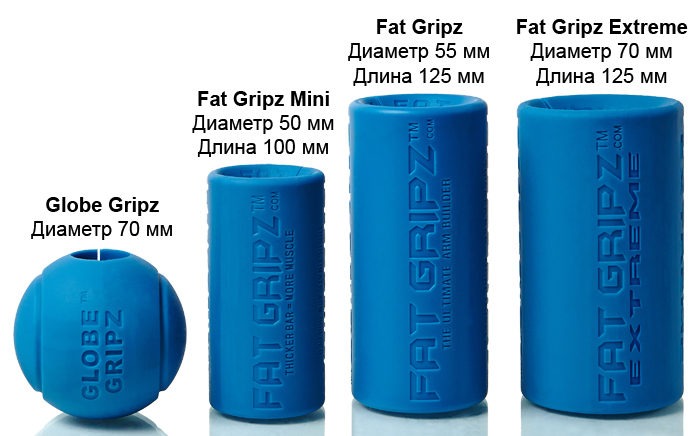 The average resistance training routine is not sufficient to improve your functional grip strength. If all your training is done while holding onto a one inch bar, that will be the extent of your grip strength. The use of lifting straps just makes matters worse. Your training should include the use of thick bars that simulate real world objects like a human wrist, a firearm or a fence pole. Thick bars are expensive and hard to find so I bring my GlobeGripz and Fatgripz to the gym and switch them up every other workout.

In law enforcement, we frequently find ourselves gripping nothing more than a piece of clothing. This total crushing or pinching strength can be improved by training with towels. For example, one could perform pull ups while gripping a towel thrown over an overhead bar.

I also suggest training with some good old, tried and true, spring loaded grippers. I’ve found the best quality grippers are the Captains of Crush, made by IronMind. They’re offered in eleven different strength levels so they’re a great way to gauge your progress. These grippers can be used almost anywhere and they will greatly improve your grip and crushing strength

One Giant Set to Giant Arms

One Giant Set to Giant Arms Informed bodybuilders have always known the importance of the eccentric, or negative portion of a rep. This is where a lot of the micro damage occurs within the muscle tissue. Damage that will be … Continue reading →

The One & a Half Rep Intensity Technique

Increase Your Intensity 150% with the One & a Half Technique Once you’re past the beginner stage of your resistance training life you’re bound to hit some plateaus. This is a good place to add some intensity techniques like super … Continue reading →